On the 1st March 1744 comet C/1743 X1 reached perihelion.  Although only the 6th brightest recorded comet.  It will be remembered for its striking 6 tails which developed.  It reached a blazing apparent magnitude of -7 and was visible during daylight, after it passed by the sun a relatively close 0.2 AU.  It has been suggested that the multiple tails occurred due the at least 3 active nucleus, maybe as the comet tore itself apart during perihelion.

It was spotted by a young Charles Messier on whom it had a great effect and lead him down the road of becoming an astronomer.

Comets as bright as these are rare events.  A similar but more recent example was comet Mcnaught or the great comet of 2007 as it became known. 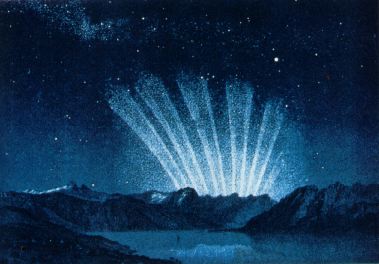 One thought on “A 6 tailed comet”