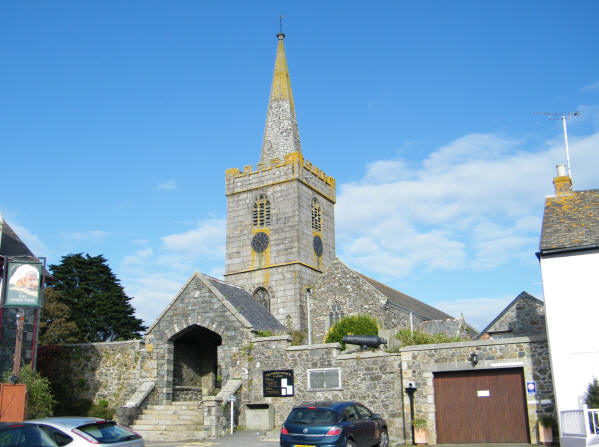 A journal from a mystery man.

While conducting a search through the local Cornwall archives database for astronomical items. I brought up a document files under Miscellaneous in the Parish records of St Keverne. It was labelled
“P99/28/1  1797-9 Volume of notes on experiments with a pump and its application to shipping with notes on use of a telescope and plan of observation. “.
I felt that this certainly needed further investigation, and went along to the local records office to take a look.

On receiving the record from the archivist I was surprised to find it was a substantial A4 sized journal, hard bound and about 30 pages in length. The initial third of the book was primarily concerned with the design of a water pump. It has technical drawings with description of its possible application. But it was the remainder of the book that I found of far more interest. It described the design of not only a domed observatory, but had detailed diagrams for a telescope, with a equatorial mount and a transiting instrument as well. Along side these were mathematical workings and musings on the viability of different designs.

I was intrigued to find out who had written this journal. I had some information to go on. The journal was dated. The first date being 1799, later in the journal another date had been given which was 1806. Next to the date was also the name of Bayford. From where this was written I felt that this was a reference to location, rather than the name of the author. I had visited a modern day observatory at Bayfordbury in Hertfordshire and knew a village of Bayford was close by. As I suspected I found that there was only one Bayford in the UK and as expected it was the small village in Hertfordshire. I had also noted that in the corners of the journal the initials AB had been written. So I felt I was looking for a person AB whom had a background in technical drawing, engineering and mathematics. Not only this but they were actively writing in the journal from 1799 to 1806 and had links to Bayford in Hertfordshire, but St Keverne in Cornwall as well.

How had this persons journal ended up all the way in a small parish records from over 200 years ago labelled miscellaneous?

Initially this lead me down the route of thinking that it must have a local connection and most likely it could have had something to do with St Keverne’s parish itself. Maybe it was a local vicar or landowner from that time. Looking into this further I found no leads hinting at an author.

I decided to photograph the book to look into it further at home. As I did this I found a final clue about the author. Inside slipped between the back page and the cover a small piece of paper had been placed. It was a partially addressed envelope with the name J Blair esq on the front. I wondered if the B of AB could stand for the name Blair and if they had been in the process of writing to a relative.

The name of Blair was the breakthrough I needed. An Archibald Blair had lived in Bayford since 1799, after he had retired from the Bombay Marines. He had spent much of his life abroad. Employed as a surveyor he had mapped much of the coastline between Iraq, India and beyond. He had unfortunately spent a considerable time a prisoner of the French, for which he had been compensated on his release, with a large amount of money. During his survey missions he had surveyed the Anderman Islands and Port Blair is named after him. He had become the Andamans first administrator. He also had a brother named John whom had accompanied him into the Bombay Marines and then resided at Bayford with him. 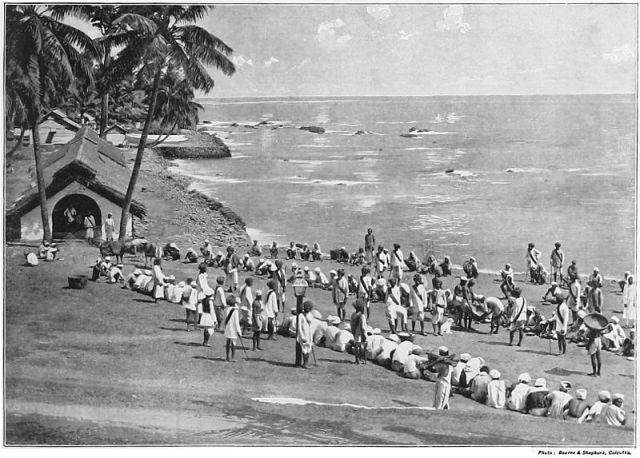 On his return to the UK he had been elected as a fellow to the Royal Society with the letter of recommendation saying that
“Archibald Blair Esqr of Bayford, Herts, Captain on the Maritime Establishment of the East India Company at Bombay a Gentleman distinguished in his profession and for astronomical observations and having been employed by The East India Company in forming an Establishment at the Andamans “.
This gave me some idea of Archibald’s astronomical pedigree. And I knew at this stage I had found the author of the journal.

But how had the journal found itself into the local St Keverne parish records? After some further digging through the local Cornish records I was to discover in 1813 Archibald Bair had been recommended by the UK government and then appointed as head of the Porthleven Harbour Company. He was to design and build a harbour wall here in Cornwall creating a further harbour in the Mounts Bay area. It is very possible that he needed his design for a water pump with him and that his how his journal travelled the 330 miles from Bayford to West Cornwall. It was while residing at Treleven in 1815 just outside Porthleven that he unfortunately died. He was buried at the parish church in Sithney overlooking Porthleven harbour. It is only a short distance for the journal to travel from Porthleven to St Keverne with them being less than 15 miles apart.

Hi this website is run by Carolyn Kennett who lives in Cornwall and loves stargazing. An historian of astronomy and an archaeoastronomer, she spends a lot of time wandering the moors looking for links between the stones and the stars.

Along with other experts she offers tours of ancient Cornish sites that have links to astronomy. These are walking tours that run for individuals and groups, check out the link ‘Tours’ above. If you would like discuss a tour please do not hesitate to get in touch.